Best Friends, one of Rehahn’s most iconic photographs, sold to a private collector at his solo exhibition at Eleven Gallery in late October 2015. The image, which was taken in the Central Highlands of Vietnam,  features a six-year-old girl from the M’nong ethnic group, in her traditional dress, and a huge Indian Elephant. The rare photograph was the largest in the exhibition and is one of only three limited copies in the world. François Salmon, the owner of the gallery, said it is the most expensive photograph sold since he first started to working in the photography industry for the past 20 years.

The image of Kim Luan (H Cuc The) and the elephant illustrates the century old relationship between the M’nong and the elephants of Dak Lak. In traditional M’nong culture, elephants are seen as symbols of purity and wealth and as members of a villages tribe and family. Much of their legends, rituals and laws have been created in the elephants image but today, widespread modernisation is resulting in a loss of this cultural heritage. As younger generations no longer learn the M’nong language and leave their homes in search of new opportunities, traditional M’nong teachings are being lost. This is only worsened by the falling number of elephants in the region.

Rehahn has since spent part of the profits from the sale of Best Friends to buy Kim Luan (H Cuc The)  and her family two cows, as part of his Giving Back Project. 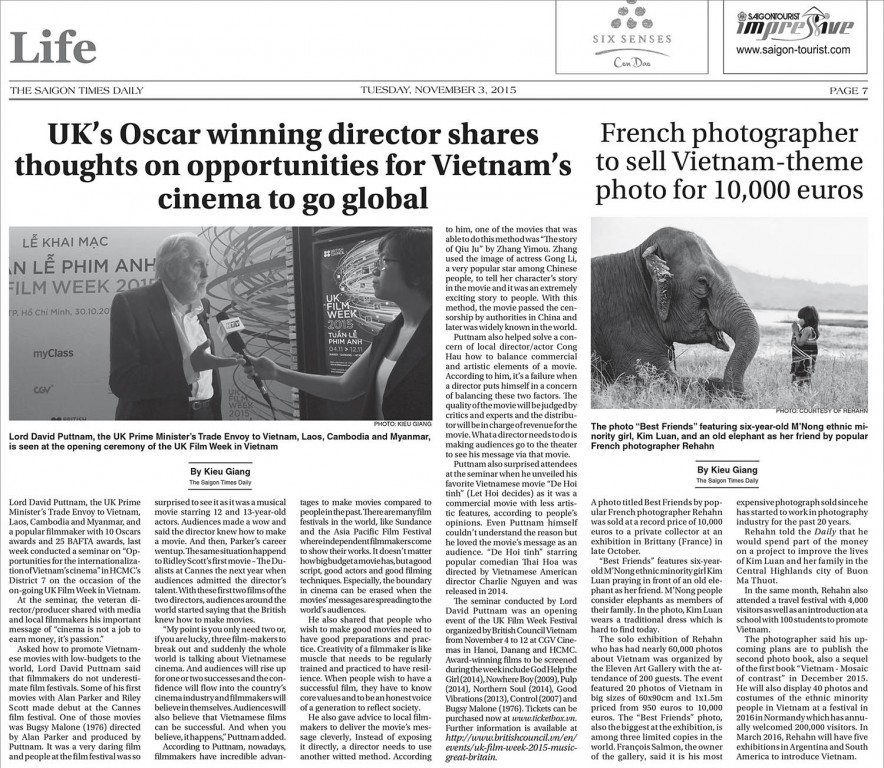