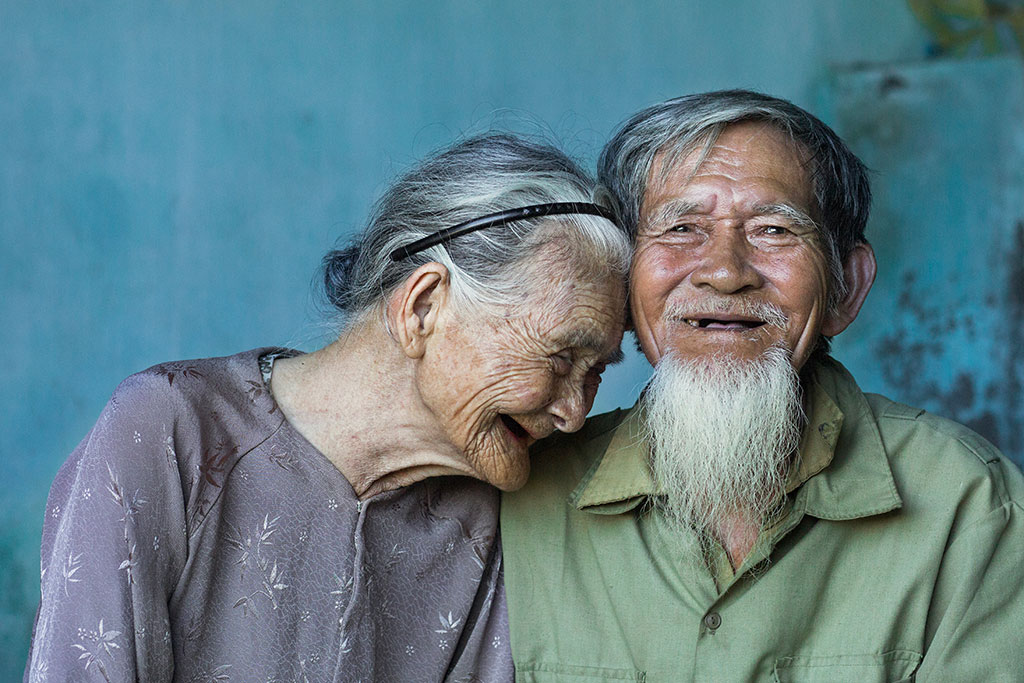 Le Van Se was born on 02/02/1923 – he is 91 years old
and his wife – Nguyen Thi Loi is 83 years old. They have been together for 63 years. Se was Loi’s first and only
love at the age of 21. They are both born in the vegetable village
of Tra Que, 3 kilometers from the town center. Although, Tra Que
is part of Hoi An for them Tra Que is a different town, it is their
town of 400 habitants.

Réhahn first met them in 2011, the neighbors of his home in Tra Que. While Se was harvesting his land in the old fashion way, Réhahn spotted him and asked if he could take photos. Se kindly smiled and posed for the photographer.Directly after Réhahn finished taking the photos, Se invited him to his home to have some Vietnamese tea and meet his wife. Réhahn will always remember the very warm welcome he received from this beautiful couple.

After asking Réhahn many questions of his life, Réhahn asked in return, and the story Le Van Se & Nguyen Thi Loi were about to tell was heartbreaking. 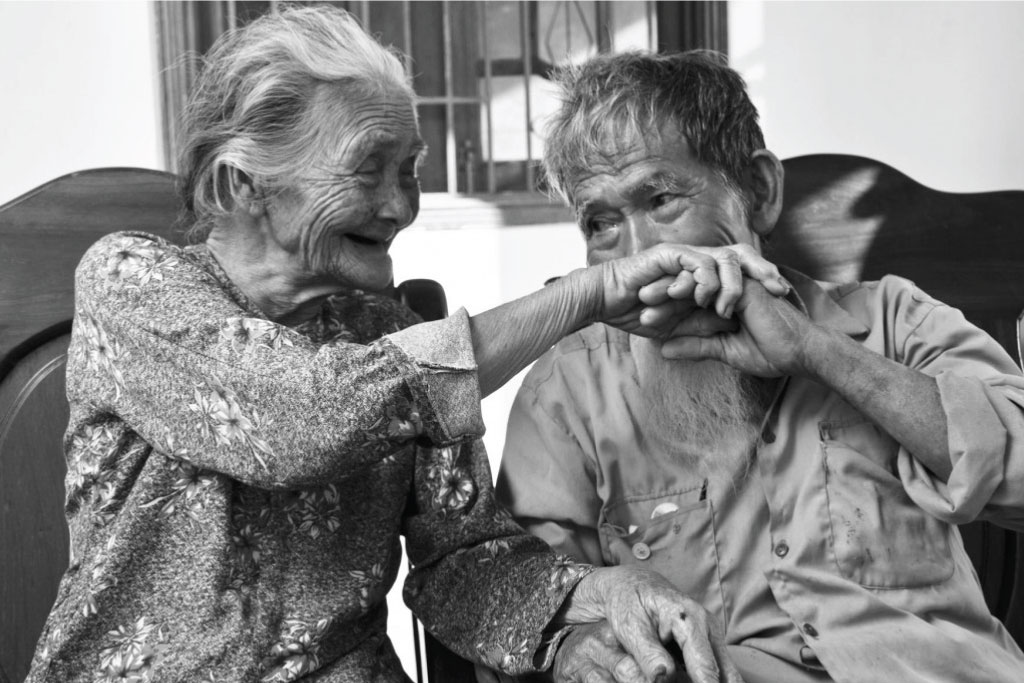 During the Indochina war, Se was supplying the Viet Cong’s with food supplies but was caught by the French army, imprisoned and tortured for 10 month in Laos, at the time the French army were convinced that he was part of the Viet Cong army but once it proved he was not, he was released and came back to his home.

Unfortunately, the bad luck did not end here, during the Vietnam war, Se was once again captured, this time by the American army who emprisoned him in an army jail in Hoi An for 6 month on grounds of (again) providing food for Viet Cong’s.

Meanwhile, Loi was chief of women fighting for the liberation of Vietnam and was detained for 4 months by the American army. Se lost 2 younger brothers during the Vietnam war.

Réhahn asked him if he had any hatred against the French and
the Americans, and he replied that he lives in peace with the past
and his old age has chosen to forgive.M 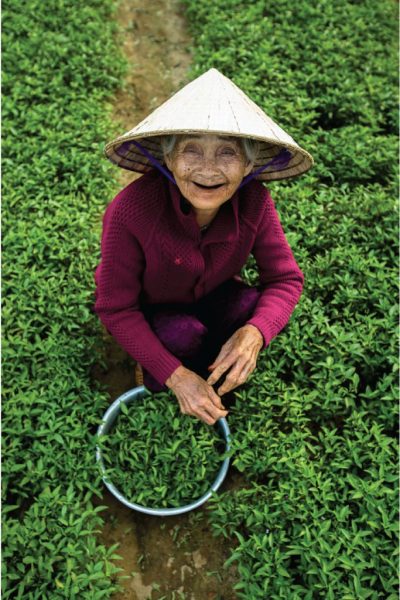 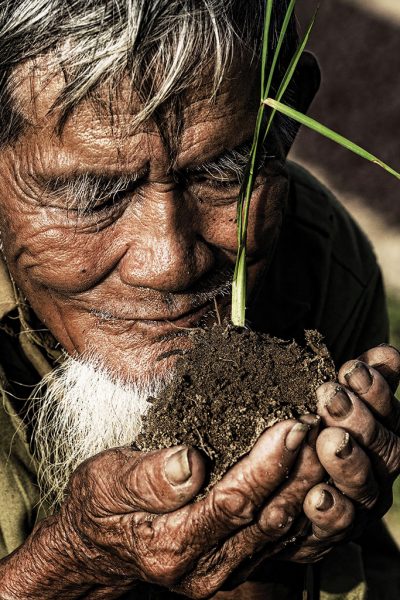 THE PEACEFUL RETIREMENT IN AN ORGANIC VILLAGE

Se wakes up every morning at 5am to harvest his land and sell his vegetables to the local market, not one day goes by without seeing this lovely man harvesting his land. They also receive a pension
from the government for assisting Vietnam during the war.

Nguyen Thi Loi & Le Van Se had 5 children but sadly 3 have passed away. Se is the eldest man in the village of Tra Que and is very well respected.

Réhahn sees him every day, and had the pleasure to oer his book to them and they came to visit his gallery a very rare trip to Hoi An for them. This couple will always remain in Réhahn’s heart. They live peacefully in the exact same town where they were born.