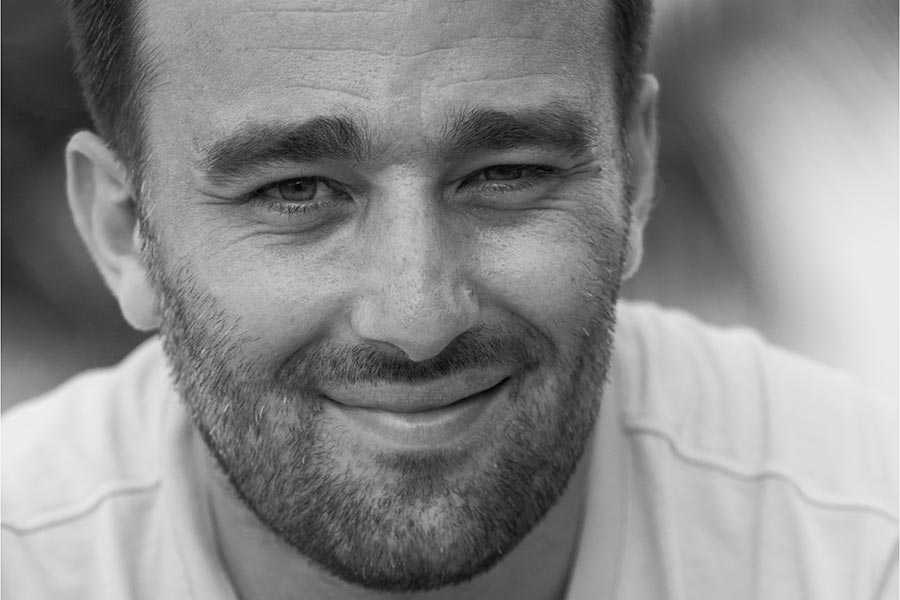 I’m inspired by humanity in all its forms. Photography is an excuse to get closer to people and to hear their stories. That’s how I got started as a photographer, simply meeting people and taking the time to talk to them.

Réhahn was born in Bayeux in Normandy, France. An avid traveller, he voyaged to more than 35 countries with his camera before settling in the coastal town of Hoi An. Vietnam and its culture had inspired him since he visited for the first time while on a humanitarian mission with the French NGO Les Enfants du Vietnam.

Referred to as someone who “captures the souls of his models” (Wanderlust Travel Magazine, 2018), Réhahn is more than just a man behind a camera.

Behind each click is a story. Each image is the culmination of an experience. The stories of his subjects as well as his passion for learning more about their culture, diversity and changing traditions are what drives Réhahn’s work.

A good connection (and photograph) must start with respect. I always put my camera away and give my full attention to the person I’m meeting so that trust can build organically. 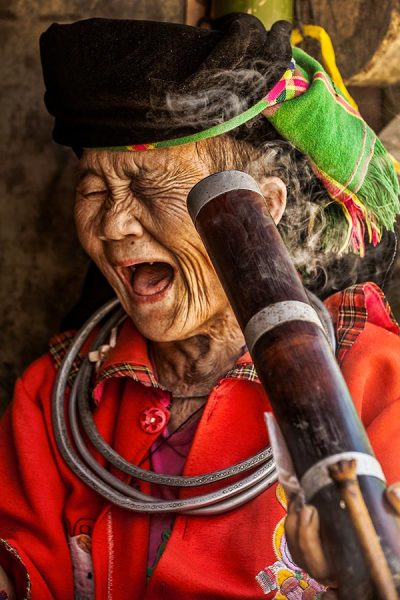 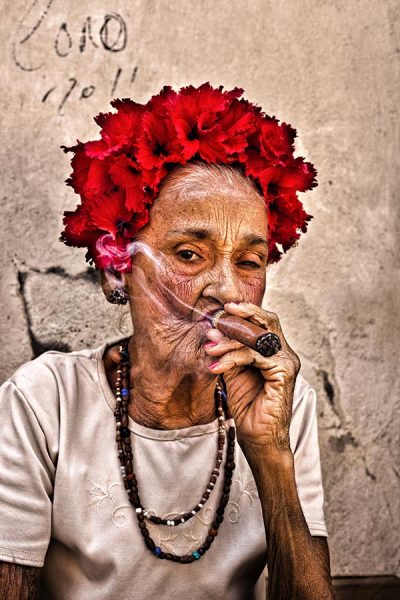 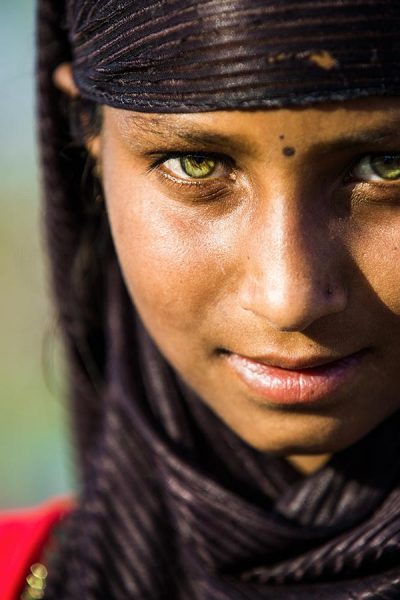 Réhahn’s unique combination of Fine Art Photography and Documentary styles result in images that both inform and mesmerize. His portraits of Vietnam, Cuba and India are particularly well-known for precisely this reason. They take the viewer along on the voyage to catch a glimpse of authentic interactions with people. He captures their smiles, their wisdom, their daily lives. 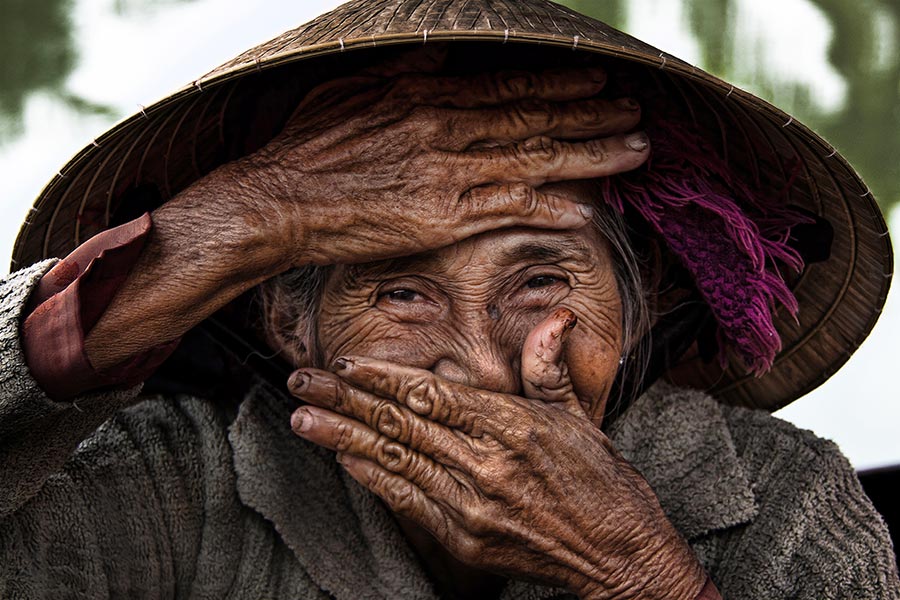 In 2011, he met the woman who would change the course of his life and career – Bui Thi Xong.

The 72-year-old tour boat captain had spent her entire life floating up and down the river in Hoi An. When Réhahn asked if he could take her photograph, she laughed and covered her mouth. The resulting image, “Hidden Smile”, became the most significant photograph in Réhahn’s career. It was published worldwide and eventually became one of the most iconic images of modern Vietnam.

More importantly for the photographer, the encounter started his lifelong friendship with Xong and inspired his Giving Back Project.

To me, this photograph is representative of the real Vietnam. It blends modesty and humor, old age and happiness. It encompasses the true spirit of the woman who has now become my muse - the unforgettable Madame Xong.

Vietnam’s Secretary of the Party, Nguyen Phu Trong (the current President of Vietnam), gave an Edition of “Hidden Smile” to French President Emmanuel Macron. This pinnacle moment occurred in 2018 during an official ceremony celebrating 45 years of friendship between France and Vietnam.

“Hidden Smile” graced the cover of Réhahn’s first book “Vietnam, Mosaic of Contrasts Volume I” in 2014. Curated from 27,000 photographs of Vietnam, the book became a bestseller and sold in more than 29 countries.

Following the book’s success, Réhahn released Volumes II and III of “Vietnam, Mosaic of Contrasts” in 2015 and 2020. Each bestselling book showcases the diverse landscapes, lifestyles and cultures of Vietnam.

In addition to this series, he released two coffee-table editions. “The Collection, 10 Years of Photography” (2018) and “100 Iconic Portraits” (2019) showcase his photographic work in Cuba, Malaysia, South and Central America, and the Indian subcontinent in addition to Vietnam. 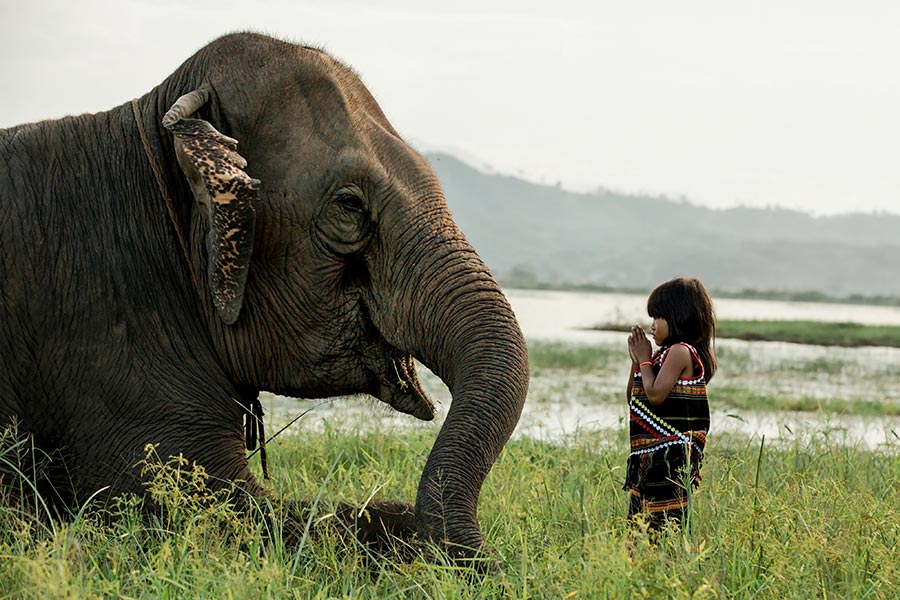 Réhahn’s work has a strong focus on portraying diverse cultures with sensitivity. The photograph “Best Friends” (2014) is one of the most highly regarded images of the artist’s work with the ethnic groups of Vietnam. A six-year-old girl praying in front of an elephant represents the unique union that the Mnong tribe has with the animals.

“Best Friends” was published in more than 25 countries and was featured on the cover of magazines such as Condé Nast Traveler, The Times and BBC, among others. In 2015, the last Original Limited Edition of only 3 copies of the picture (1 x 1.5 m) sold for 17,000 USD to a Collector from Amsterdam, making it “the most expensive photograph ever sold in Vietnam” (Forbes Vietnam).

In 2015, it became part of the permanent collection at The Asian House Museum in Havana, Cuba. 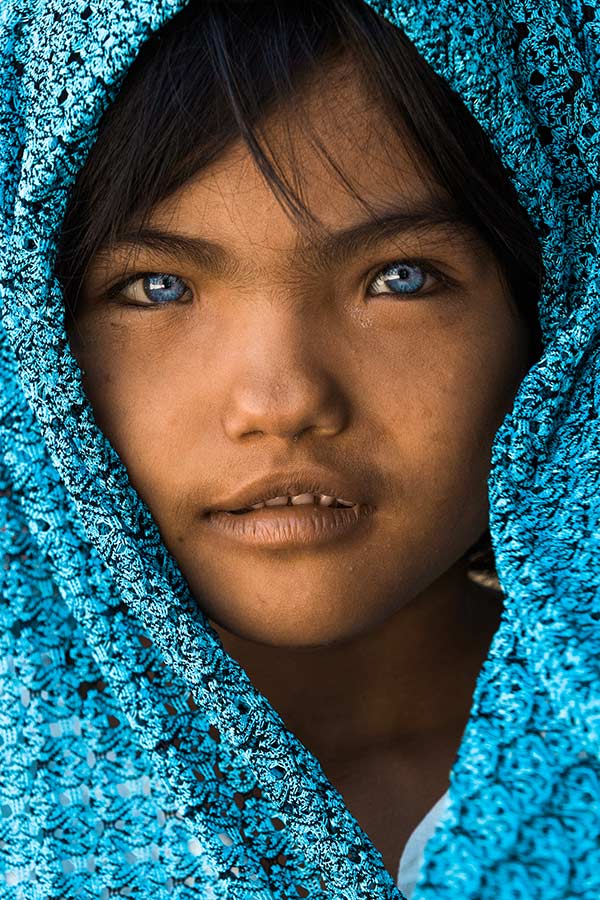 Réhahn has always believed that the key to a successful photograph is respect. Yet, it was his encounter with a little Cham girl with blue eyes that truly solidified this philosophy. When he met An Phuoc and her family in Central Vietnam in 2014, he knew that he would love to take her portrait. The family’s hesitation prompted the photographer to put away his camera and take time to build trust. The chance meeting became a story of inspiration and lifelong friendship between Réhahn and An Phuoc’s family.

The key to a successful portrait has less to do with technique and more to do with having an authentic and meaningful connection with the subject.

Featured on the covers of Globe-Trotters and Geo magazine in France as well as in international media such as National Geographic, BBC, Business Insider, and Independent UK, “An Phuoc” became one of the artist’s three most iconic photographs along with “Hidden Smile” and “Best Friends”.

In 2016, “Échappées Belles”, a popular French travel program, followed along with Réhahn on a photographic voyage and introduced his work to his home nation. This event marked an important step in his career. His work has since become highly sought after amongst French and European Fine Art collectors. 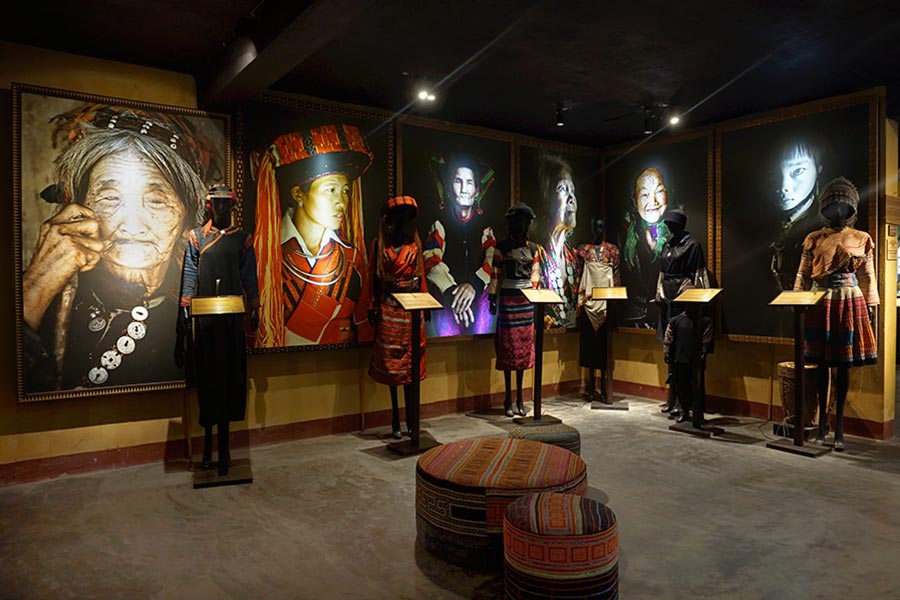 Réhahn’s work often blurs the lines between fine art and documentary photography. Armed with a continual curiosity about the world around him, he is always seeking the deeper story.

The Precious Heritage Project began as a way to seek information about the 54 diverse ethnicities present in Vietnam. It developed into a nearly decade long journey to research and document the cultural heritage, craftsmanship and stories of each tribe. Réhahn completed this goal in 2019.

Before coming to Vietnam, I couldn’t imagine a country where so many languages, traditions and separate cultural identities could exist side by side. The more I discovered about these tribal groups, the more I realised how fleeting heritage could be. I realised how important it is to try to keep some of this precious heritage alive.

Most of the costumes were given to Réhahn by the chief of each village. The museum is entirely free to the public as a way to honor and share that gift.

Réhahn continues his mission to seek more information about undocumented subgroups to spread awareness about the diverse cultural identities of the people living in Vietnam.

At home, he divides his time between his photographic and humanitarian work and his passion for collecting books.

I am never more at ease than when I am turning the pages of an old book. I have the thrill of history between my hands as well as the excitement of the knowledge to come.

Réhahn’s Fine Art Photography collections are exhibited at his three COULEURS BY RÉHAHN galleries. Two are located in the UNESCO World Heritage site of Hoi An Ancient Town and two are in Saigon, one on the historic Dong Khoi street and the second in the InterContinental Saigon hotel.